At the beginning of this century, the predecessor of swiss replica watches ROLEX - WILSDORF&DAVIS company launched the silver gentleman table and ladies table, a great success, led the various watches manufacturers competing to develop watches. Then to the world-famous Swiss watch technology, has taken the lead in watch making, ROLEX in 1926 developed a completely waterproof watch "ROLEXOYSTER", 1931 years will be the first self winding watch "OYSTERPERPETUAL" to the market. LONGINES company is the development of Tag Heuer replica the aviation precision not resigned to playing second fiddle, bell and American Aviator Lindberg stagecoach the Atlantic fame. In 1929, launched with a stopwatch function to watch "CHRONOGRAPH", the following year on the basis of the development of the flight precision watches "CHRONOMETER". At the end of 60s, the history of mechanical watches opened a new page: in 1969, the Japanese company developed a fine watch company developed the world's first quartz electronic watches, the daily error of rolex replica watches less than zero point two seconds. In 1972, the United States Hamilton invented the digital display watch, motor and gear disappeared from the watch.

Available now: Consider Everything An Experiment

Conisder Everything an Experiment is available now! Get the vinyl at Secret Audio Club. Digital can be found on iTunes, Spotify and Rdio. Posted on December 9
New Release: Consider Everything An Experiment

We've got some exciting news: Secret Audio Club will be releasing our new EP, Conisder Everything an Experiment! It will be pressed on 12" vinyl in an awewsome variety of colors and splatters.

Our first ever music video. Check out "Domino" from our upcoming release from Secret Audio Club.

We'll be playing Friday May 16 @ Saint-Ciboire

Posted on May 12
"Disconnected" Acoustic Compilation 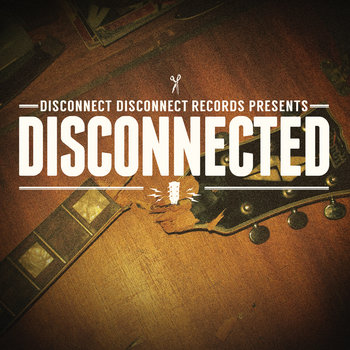 They put together a great set of bands for this, so head over to Bandcamp and give it a listen. Pre-orders are available now from Black Numbers! This 12" vinyl, 4-Way Split is limited to 500 on three different colorways (100 clear, 150 transparent red, 250 transparent green) and is available along with new T-shirt designs and limited sale packages.

We've got two unreleased tracks on the record, Trust Me and It's Time to Ride. We'll also be announcing some special release shows soon!
Posted on December 14
Win a Test Pressing of Tributaries
We are giving away a super limited, hand-numbered test pressing of Tributaries, along with a CD! Three winners will be picked on September 12, enter here.
Posted on September 7
Check us out on Nervous Energies!
Ryan Russell was kind enough to record us playing acoustic versions of "Charlotte Thompson" and "Unglued" for Nervous Energies.